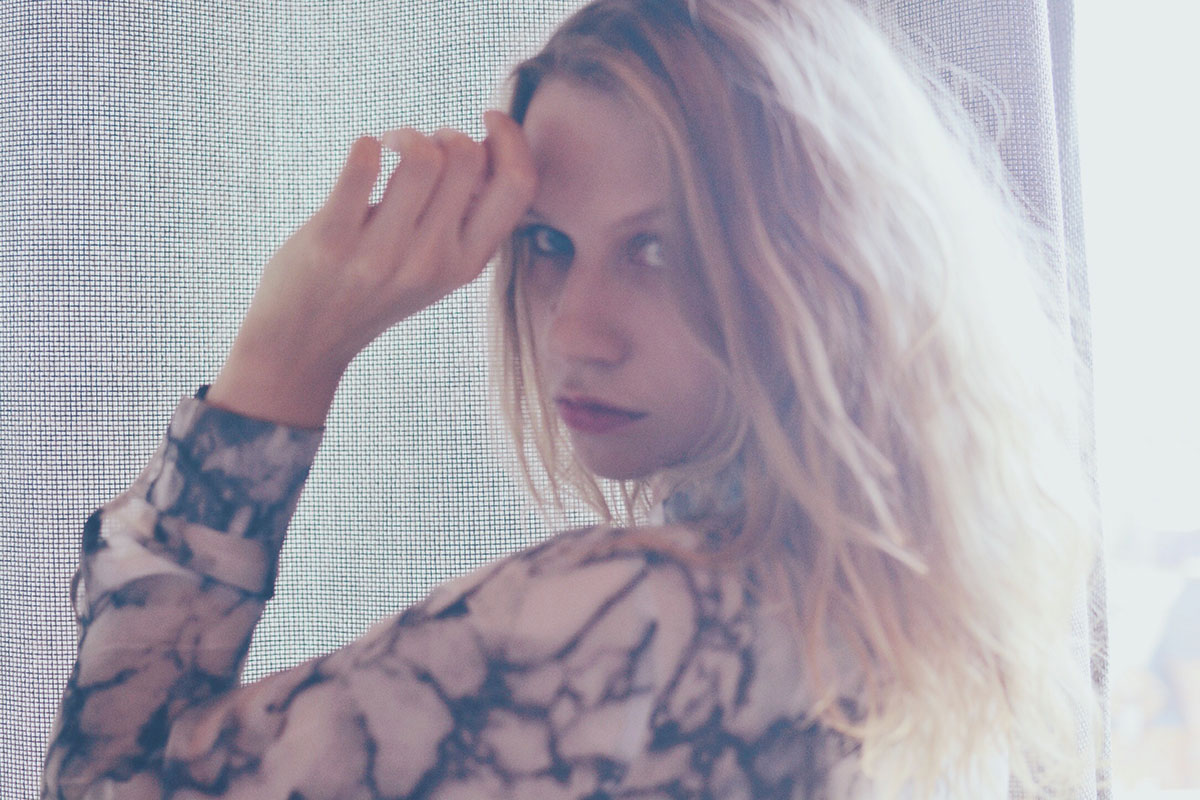 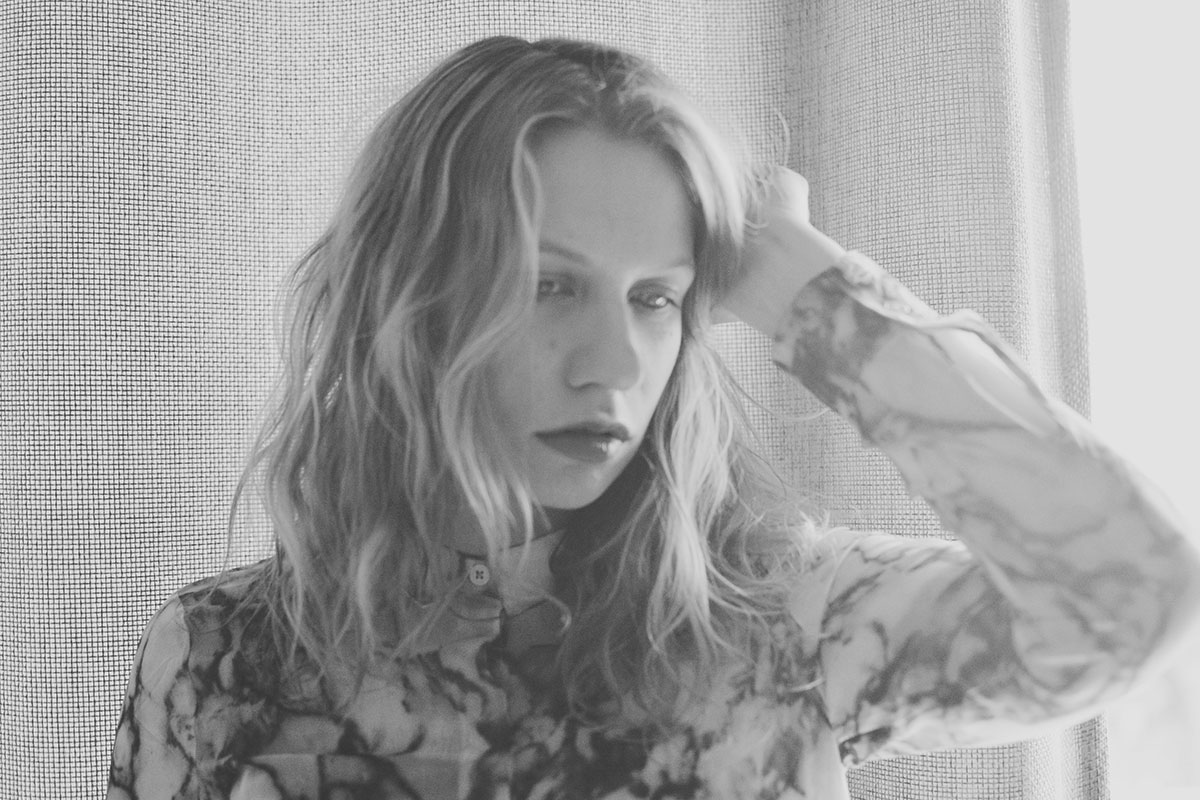 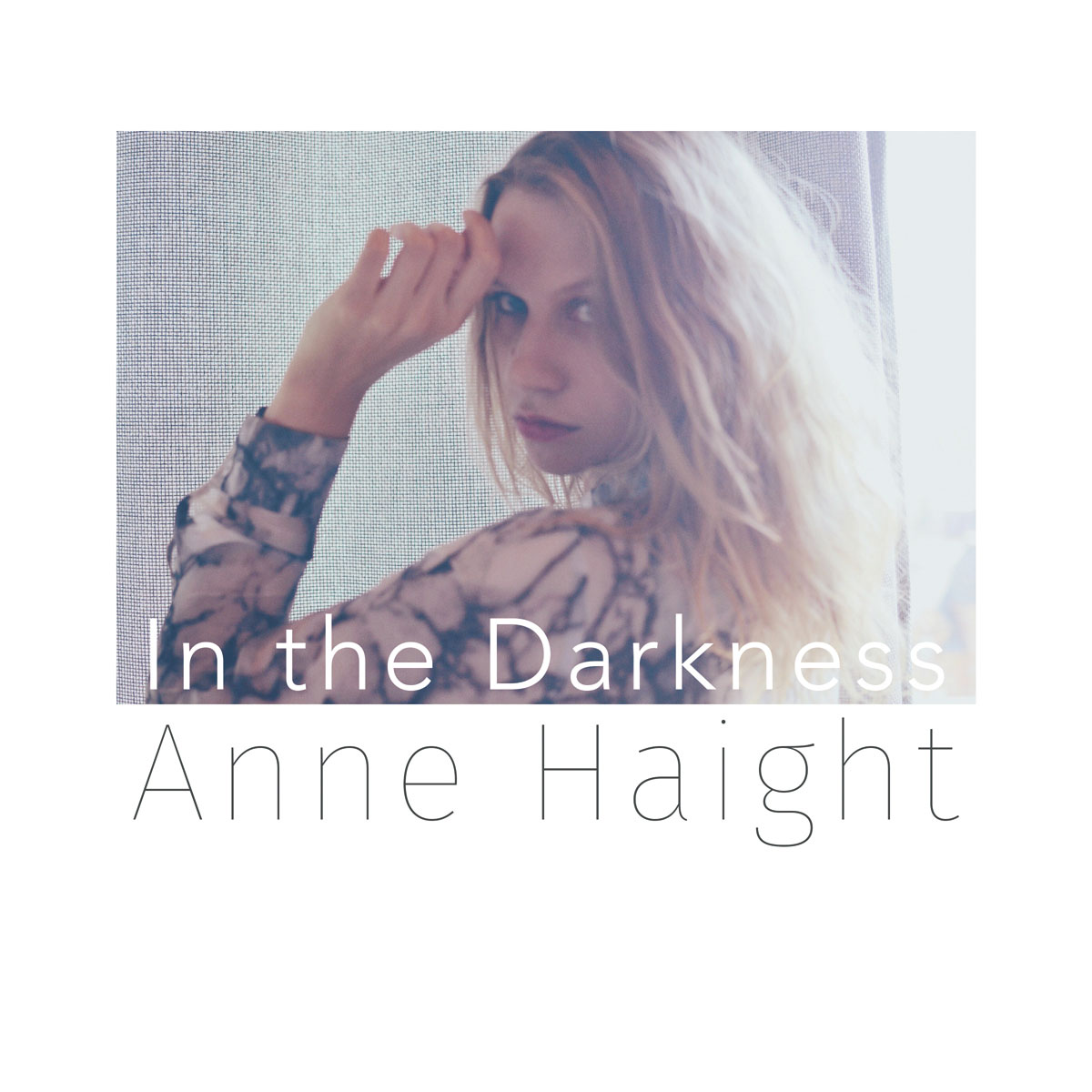 Berlin-based songstress Anne creates a beautiful fusion of indie pop and electronic sounds by combining acoustic guitar and piano with danceable beats and synthie pads. Her music is reduced to the essentials and creates a playful dream away sound. Last year she wrote and recorded her crowdfunded solo album. Working with many different songwriters, producers and musicians from Berlin, London, Manchester, Kopenhagen and New York her album grew and evolved. But no matter what sounds she is exploring, her music always stays focused on her warm voice and melancholic but upbeat lyrics. Her album „In the Darkness“ is released on June 3rd 2016.

Anne Haight is no dark horse. In 2012 she won the Radio Award of the Berlin-based radio station Radio Fritz as “Best Act Music“ at the “Fritz Night of Talents“ and she entered “Popcamp“, a national support programme for emerging pop artists from Germany.

In 2012 she also released her first single “Black Bird“ and got the attention of several national german radio stations such as Radio Fritz, Radio Sputnik, Deutschlandradio and others who all played her song.

In 2013 she collaborated with Danish producer John Gordon and released singles “Mirror“ and “Seaside“ which got national airplay on several radio stations. During this period she set up a crowdfunding campaign for her first solo album and was supported by her Fans from all over the world.

Her solodebut releases on June 3rd 2016.

The Berlin-based artist Anne Haight releases her new acoustic song "Snow Globe" on December 7th 2018 on her label Broken Palace. “Snow Globe” is a wistful, wintry song about the feeling of missing a loved one at Christmas. Haight recorded and produced the song in her home studio during some long late night sessions. Pure acoustic guitars are melting together with layers of ukulele, enchanting background choirs and soft synth pads. The result is a beautiful, atmospheric song for the upcoming Christmas season.

“Clarity” combines both pure acoustic and soft electronic sounds, bridging her roots in folk songwriting and the electronic vibe of her indie-pop debut album "In the Darkness".

For the new EP Haight has recorded three newly-imagined acoustic versions of songs previously released on her 2016 album "In the Darkness", as well as the unreleased song "Clarity".

Haight, known for her powerful solo performances, captures the thrill of the live moment in her new recordings. For the selected songs, Anne Haight has always had a second live version as an acoustic version that she recorded for this EP.

The four tracks were recorded at Jennifer Eberhardt's cozy “Eberherz Studio”, and polished  in Haight’s own home studio. The result are four intimate and pure songs held up by vocals, acoustic guitar, crystal-clear background choirs and distant, shimmering synths.

Originally intended to be purely acoustic recordings, Haight couldn’t resist the allure to re-instrument the songs. Nevertheless, the focus on voice and acoustic guitar makes the songs appear in a very different light,  developing a very special intensity, and a muted acoustic ambiance reminiscent of artists like Laura Marling, Lucy Rose or Sufjan Stevens.

Press Release Album - "In the Darkness"

Berlin-based artist Anne Haight is excited to announce the release of her new album In the Darkness on June 3rd on the Broken Palace label. Her music is an enchanting fusion of indie pop and electronica that uses piano, guitar, electronic beats and analogue synth pads to create a truly unique sound. In the Darkness evokes Scandinavian charm with its catchy indie pop melodies and intriguing musical diversity, all carried by masterful lyrical sensitivity.

Anne Haight is no dark horse. In 2012 she won the Radio Award of the Berlin-based radio station Radio Fritz as “Best Act Music“ at the “Fritz Night of Talents“ and participated in “Popcamp“, a national support program for emerging German pop artists. In the following years she released multiple singles while quietly producing her solo debut.

After her duo partner left the project in 2014 she decided to keep going as a solo artist and she reworked the album completely. The album took over a year to produce despite an initial projected timeline of three weeks. Rather than rushing through the production process, Haight took her time to focus on a finely-tuned musical aesthetic and often found herself spending her nights working on the album in lieu of than sleeping.  The result of her nightly sessions are eleven haunting songs that embrace an electronic tact more than the majority of her earlier works. In every track her warm, enchanting voice lingers gently over sounds of atmospheric synthesizers and distant background choirs that melt with soft guitar patterns and sparse piano parts. Her sound has evolved into a more epic one than her previous recordings, and yet her music still retains a distinctly intimate feeling.

Haight notes that the multiple producers who contributed to the album over the two year production cycle had a substantial influence on her musical style. In the Darkness is the result of Anne’s collaborations with the Danish producers John Gordon and Thomas Stengaard, Andrew Pegram from Manchester, Simon Neilson from London and Tim Knapp from Berlin, all of whom have enhanced the overall tapestry of the album with a diverse array of musical styles that compliment each other and come together to produce a sophisticated aesthetic whole.

Her lyrics, too, are delicate, powerful, and contend with important themes. In particular the lyrics of In the Darkness raise questions about the temporary nature of love, but in a way that avoids any semblance of Kitsch or self-pity. The single “Love Game” is a duet with Jody Gadsden, singer of the London-based band Autoheart. In this song a computer game becomes the analogy for the idea that love is like an exciting adventure that opens up new undreamed of worlds. It’s a game in which the player has more than one heart and in which a game over isn’t the end but instead simply leads to a fresh start. It’s a song about taking new chances and not losing faith in love even when you may have been hurt in the course of looking for it.

In many ways Haight’s songs are about losing, searching and finding yourself again. In the haunting title song In The Darkness she dives into the subconciousness of her dreams. In Two Stars she embarks on a nightly journey through a large city. In one sound she may evoke a sense of longing like in the ballads Mirror or A Favor, and in the next everything may feel free and easy like in the summery, danceable songs Black Bird and Emily. It’s this range of emotions that makes In The Darkness a deeply intimate, honest and artistically masterful album, and one that pushes the Indie Pop genre to places it has yet to explore.

»With Anne’s lovely voice, catchy melodies and vivid songwriting it is easy to forget about the daily routine and listen unconditionally.« (Melodiva)

»We can learn a lot from Anne Haight, for instance that province melancholy is a common phenomenon and that singer-songwriter stuff from Germany doesn’t necessarily needs to be cheesy.« (Noisey Vice)

Pressemitteilung Album Release - "In the Darkness"

Anne Haight veröffentlicht Solodebüt Album „In the Darkness“ am 3. Juni 2016