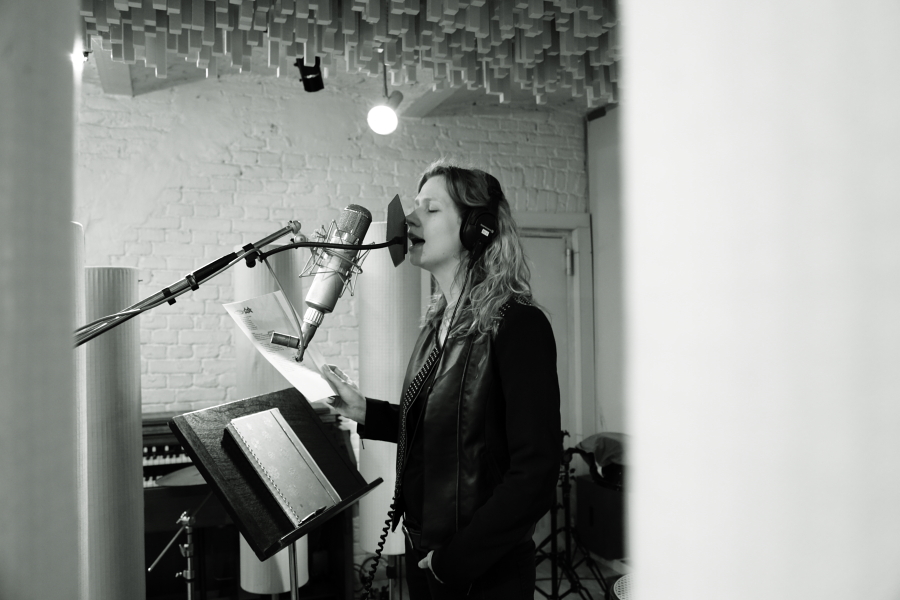 In the last month and weeks I was spending most of my time recording my album. It’s very intense to work on the music day and night. Even in the night I was dreaming about arranging and recording music. And it’s a long journey from the very first song sketches, to first arrangements with Garageband and finally to the finished studio production.

After visiting several studios in Berlin I’ve decided to record the album at Trixx Studios in Kreuzberg. In February I was there for 18 days without a break. Unfortunately, in that time I didn’t finish the recordings, that’s why I was there in March, April and even in May. I’ve been working on the arrangements with Tim from Trixx. The great guys from Trixx, Tim, Fabio and Klaus were also playing some instruments on the album.

Not only the studio crew, but also other musicians were supporting me on the album. For example  Hannes, U 3000 singer and guitar player, my brother Marius, drummer of Leo hört Rauschen and Magnus, guitar player in the band of Max Prosa.

Working with other musicians in a new environment also influences the music. The musical focus is Indie Pop with electronic Beats and individual synthie sounds. Vintage synthesizers might remind you of the eighties sometimes. They have all the lovely synthesizers in the studio, Moog, Prophet, Oberheim and Korg. And also great old drum machines such as the Rolands 808 and 909 or the Farfisa home organ. This was a totally new world to me. In Berlin I discovered so much new and good music, especially electronic music – for a long time it was more fascination and excitement, but slowly some of the elements also become a part of my originally folk-inspired music. Also the influence of pop music became stronger.

Some songs also have another character because I wrote them on the piano and not only on acoustic guitar. And I also wrote some of the songs with other songwriters, these experiences were also influencing the songs and the sound. The sound is ranging from minimalistic recordings to darker, epic arrangements to danceable tracks.

It’s not that easy to decide which songs will become part of the album. In advance I already said good bye to 10 of my songs…but I’m planning to record them all in a acoustic version – I might release an acoustic album at some point as well.

Now the mixing of 8 songs is done. Three of them were produced by three others producers from Denmark and the UK. Three songs are almost done and need the finishing touch. And then I’m planning to record two more songs. And that’s it.

I really, really want to share the music with you as fast as possible. I’m already so excited! Of course it will take some time until everything is done and the album will be released.

Thanks for your patience and your support!!!! I would have never reached here without you!