"In the darkness" Track by track guide

"In the darkness" Track by track guide 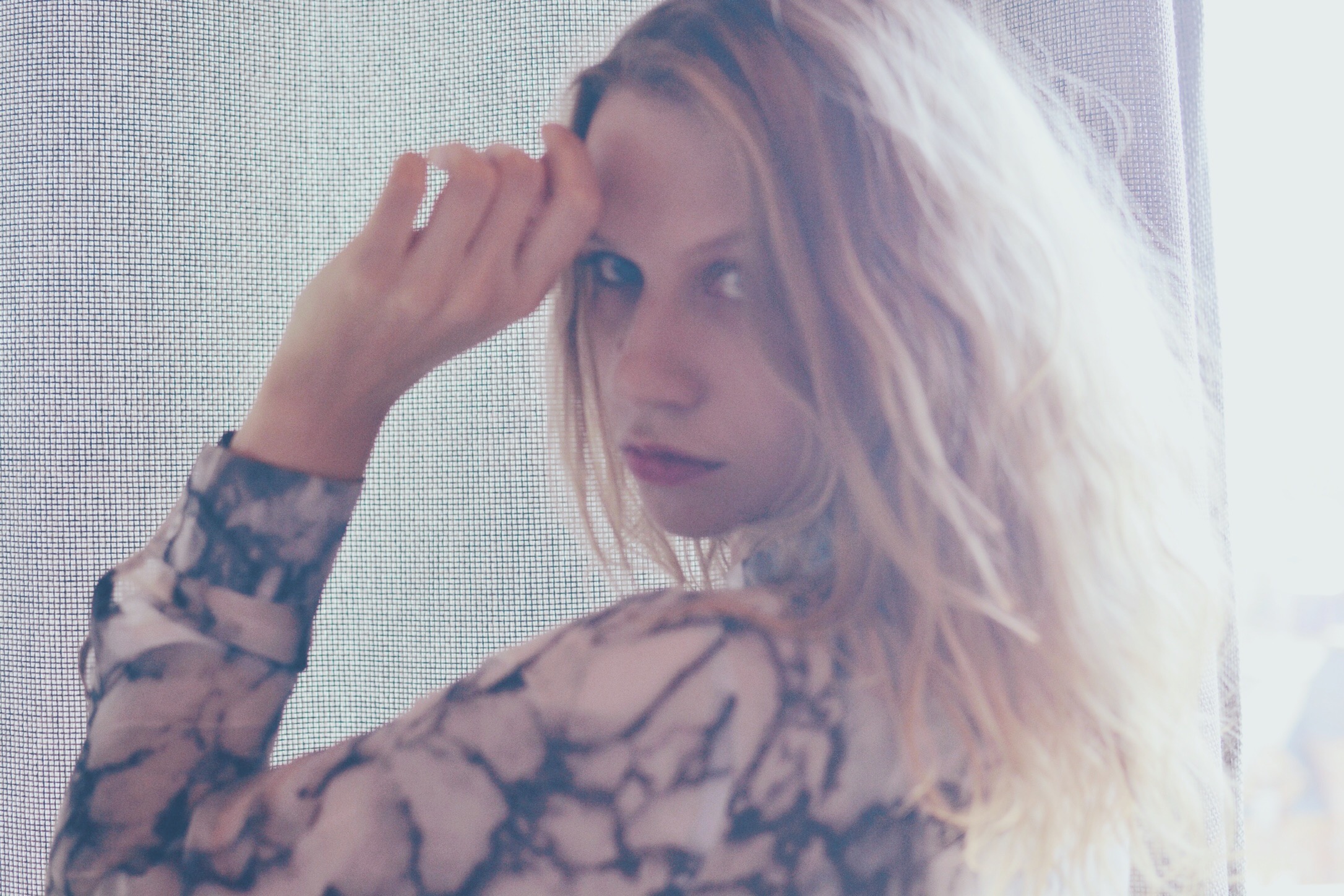 This  morning I finally sat down and wrote a track by track guide for my latest album "In the Darkness". Maybe you've got some time to listen to your favorite track right now and learn some interesting facts about the album production process and the stories behind each individual song.

The single “Love Game” is a duet with Jody Gadsden, singer of the London-based band Autoheart. In this song a computer game becomes an analogy for the notion that love is like an exciting adventure that opens up new, undreamed of worlds. It’s a game in which the player has more than one heart and in which a game over isn’t the end but instead simply leads to a fresh start. It’s a song about taking new chances and not losing faith in love even when you may have been hurt in the course of looking for it.

"Mirror" was produced by danish producer John Gordon in 2013 and I’m glad it finally found its place on this album. It’s a pretty personal song, the main idea behind which is that if for whatever reason you can't be with someone you love it's better to let them go; you can always love them from a distance.

Sometimes a situation turns out to be an illusion, but does that undermine the whole experience or were the shared moments real despite that? When "the diamonds turn out to be glass," were they ever diamonds at all?

"In the Darkness" pays homage to subconscious voyagers, for in our dreams we often find the truer essence of our own realities - the real roots of our conscious thoughts and emotions.

I wrote this song with my dear friends Simon Neilson from Autoheart and Brian Aiken from Victory Walk. You should check out their music too, they are very talented musicians and my favorite people to work with. And this song is secretly my favorite on the album.

„We were the only stars.“  "Two Stars" is a dark and sweet pop song about two lonely people drifting through a sparkling big city night. They are just like two heavenly bodies that are rotating around each other, but never get any closer. Okay, this is admittedly just a metaphor and not proved scientifically. But in this universe stars are circling the night sky to the sound of synthesizer strings and spherical backing vocals.

While Tim Knapp and I were producing this track at Trixx studios in Berlin I pictured the lyrics like a soundtrack for a movie scene: His bullet hit her right in the heart. In the distance you can hear the church bell ringing, western-like guitars are wavering through the dry, dusty air and the sound of the 808 snare is echoing through the empty streets like gunshots. Surprised, she is looking into his cold eyes while bleeding out in the middle of the empty street, gracefully and silently. The last thing she says “that isn’t a deadly wound”. She was was hit, like she was never hit before and it felt good. A bittersweet showdown. Happily she dies from her injuries. It’s good, not bad and ugly.

Scratch is a song about being ready for love again after locking yourself away for reasons that you don’t really understand anymore ‘cause you’ve been hiding for what feels like forever. It’s about looking at painful experiences through a prism and surprisingly seeing the light refracting in new shiny colors.

I had a really hard time deciding what this song should sound like and so I ended up recording three different versions of it. There is one acoustic version and a more danceable version which I’m going to release eventually.

I think this might be the most personal song on the album. I wrote it when I was in love; obviously. There is not really much to say except that sometimes there are moments in life in which you shouldn’t hesitate! “This could be the chance that we should not be afraid of.”

“Black bird sings for me, tomorrow it’ll rain. This is the last springtime, forever it will remain“. There are these rare moments in life in which everything seems perfect and I want to freeze time and never blink again. "Black Bird" is capturing this emotion.

A different version of the song was released previously, I’m glad that it finally found it’s place on an album and also that my brother plays the drums on this recording.

„Emily came from Melbourne.“ and that is nothing but the truth. I spotted her dancing oblivious of all around her to some crappy ‘90s music in a little club in Berlin. They played the kind of songs that nobody would admit to have listened to ever in their lives but yet almost everybody knows the lyrics. Strange. That night everybody seemed so happy and the next morning I wrote this song about Emily and her journey..”she is movin’ on, she is movin’ on, she is…”

“Sparkling water was produced by my good friend Andy Pegram, a very talented producer and songwriter. You should check out his own project Herdwhite. I really like the playfulness of the production, it suits the lightness of the song very well. Another insider fact is that this song is almost completely played on the black keys of the piano. Go ahead, try it!

“Nothing can save us now” is a sobering realization. Several attempts in vain, now the only remaining possibility is to surrender. It's a song about the feeling of impotence and incomprehension in the face of a failing relationship. The production of Tim Knapp turned the former pure and fragile guitar song into a darker and stronger ballad which I think is great.